Water crises in California are getting worse. The wet winter of 2016 did bring some hope for the Californians but their joy was only momentary as the dry winters of 2017 have once again worried the public and the real estate sector.

The drought is taking its toll in every way possible as water prices have gone through the stratosphere and new real estate development projects have become more difficult. The new suggested landscape plans must not succumb to the water shortage. Simultaneously, some cities and counties would not approve any development unless their landscape plans include the use of reclaimed water.

The response to water scarcity is clear all across California, but real estate industry is facing the worst of it as water providers deny approval of water will-serve letters on an unconditional basis.

Developers and builders should show due- attentiveness when dealing with a mutual water company. Mutual Water Companies obtain their permits from Department of Corporations. If they don’t have permission to sell new shares, builders and developers should look into their Health & Safety Code compliance certificates and any other reports and inspections that verify the authenticity of their distribution system and water supply.

Issuance to build a new subdivision is only possible when the letter proves the availability of water unconditionally. Anything in the letter that is synonymous with “water should be available” does not qualify for the issuance of permission. The water provider must provide Bureau of Real Estate with a definite statement that water is available. When the water provider does not have the permission, the developers and builders will not be able to sell new lots as a result.

Site condominium are detached family homes. They look just like homes because they are exactly homes i.e. not purchased apartments stacked over each other. However, these detached homes still have “common” areas that are owned by the owners of the detached condos collectively. This common area is what helps such detached condos meet the definition of condominiums legally.

The best thing about them is that they are built to accommodate a lot of people in a small space unlike separate homes. Site condos can be of different types as well. In some cases, it is the condo owners that own the roofs and the common exteriors whereas in some other cases, it is the HOA that owns them.

Real estate developers have to be extraordinarily careful when building site condominiums because as much as they seem like single family homes from a distance, the regulations pertaining to them are drastically different on papers. The developers must not confuse and treat them as standard subdivisions.

It is not uncommon to see people confusing site condominiums with planned developments and vice versa from the looks of their structures. However, the developers must not forget that a site condominium is a condo, not a single-family house or planned development. Knowing these differences and keeping them in mind while working with the documents is crucial when approaching a take-out lender.

In the end, it is imperative to know that site condominiums are eligible for FHA financing without requiring any HUD pre-approvals.

Although water watchers started off optimistic after last winter’s surplus of hydration California’s reoccurring drought continues to dampen the new home market. The costs of water in California these days go far beyond penalty fees for overwatering front yards. Throughout the State, we are seeing a range of responses to the drought by various cities and counties and water districts. Many are retrofitting their water systems to maximize the water resources, and the construction industry is paying those costs.

Increasingly, water providers are reluctant to provide an unconditional water will-serve letter for the lots created in new subdivisions. If a current permit to issue shares has not been granted, then the water company must provide current Certificates in compliance with the Health & Safety Code along with a host of inspections and reports attesting to the qualities of the water supply and distribution system. Developers working with a mutual water company should confirm that the proper documents are current and available . The inability to prove unconditionally that “ample, potable water” is a available to a new subdivision is a denial issue in the Public Report process. If a water letter indicates that water “should” be available, or “is anticipated to be available,” it will not pass muster with the Bureau of Real Estate. B&P Section 11018(f) states that the Bureau must deny issuance if an applicant cannot provide evidence that adequate water is available. If the water provider cannot provide a definitive statement, the development will be left with no approval to sell individual lots. As a matter of law, the BRE has no alternative but to deny issuance. Letters that are less than unconditional are grounds for denial of a Public Report. “Site”

Developers and builders must exercise care when dealing with a mutual water company.

aside from requiring drought tolerant landscape plans with building plan submittals, some cities and counties are approving new developments only when the plans include a “purple pipe,” which uses reclaimed water for irrigation of landscape improvements.

There are also the xeriscape requirements, that limit the type of plantings in public and private landscapes.. If the water purveyor is a mutual water company, builders and developers are well advised to add another layer of research with the water company during any due-diligence.  Oversight of mutual water companies is through the Department of Corporations. Community Association’s Budget: What Should Be Included? 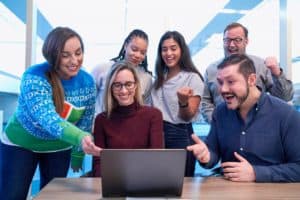 HOA Reserve Funds and Studies—What You Need to Know How to Prepare Your HOA Comunity Budget What Is a Reserve Study: Everything You Need to Know? Reasons Why You Should Be Transparent with Your HOA Budget The Importance of a Reserve Study for Your Homeowners Association

Community Association’s Budget: What Should Be Included?

As a community association, it is essential to have a clear and concise budget for different projects. It’s a roadmap that outlines how the association

HOA Reserve Funds and Studies—What You Need to Know

We’ve all been told to “save for a rainy day,” but what does it really mean? Well, when it comes to homeowner associations, saving for

How to Prepare Your HOA Comunity Budget

Each year businesses hold meetings to talk about their annual budget. In those meetings, they discuss the previous year and plan for the upcoming one.

What Is a Reserve Study: Everything You Need to Know?

Building your reserves to a larger number will help to protect against the effects of inflation. Reserves and reserve interest are both affected by inflation.